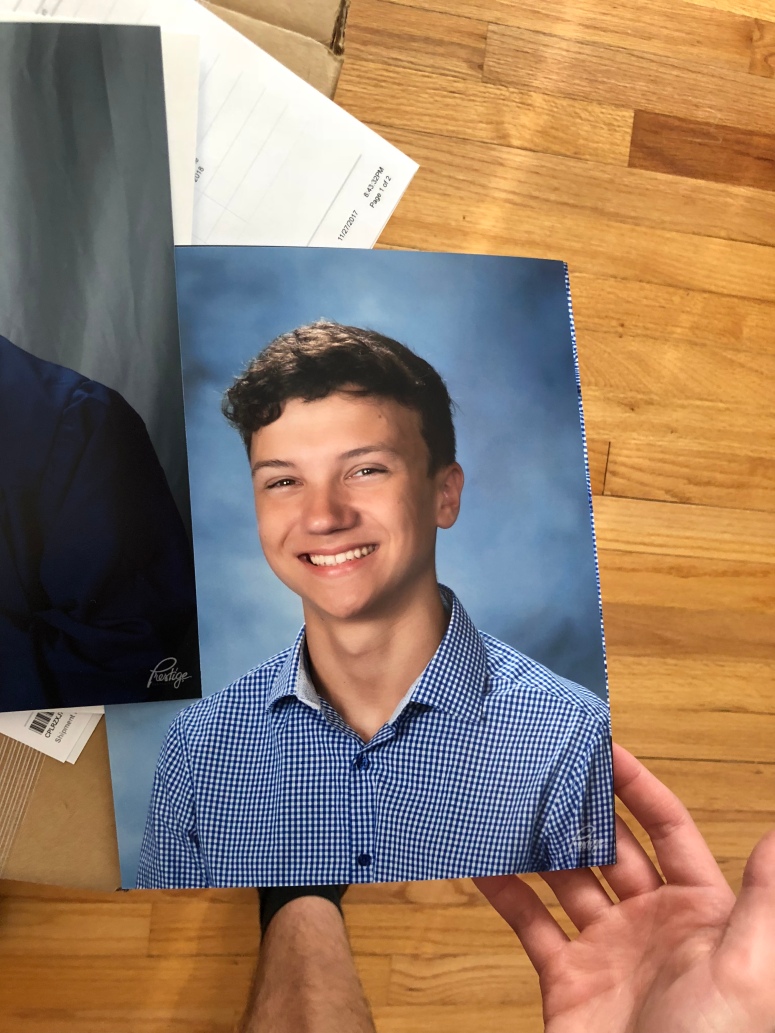 In the dark, mood-lit cafeteria of Ledyard High School, senior Rayne Santiago runs around during the National Honor Society coffeehouse, mingling, singing, and stopping the show with a memorable, perfectly pitched “promposal” to his longtime friend senior Emma Graebner.

He was all smiles that night: he pleased the crowd with his smooth songs, secured himself a prom date, and had earlier received the Air Force ROTC scholarship, totaling to $104,000, to attend the University of Connecticut (UCONN). Santiago plans to pursue chemical engineering. Unlike the majority of LHS students sitting in chemistry classes, of all levels all the way up to Advanced Placement (AP), chemistry isn’t just a graduation requirement for him.

“I just find it interesting that there are things that people haven’t discovered yet and that I could create something to help the world,” Santiago said, on his passion for chemistry.

He plans to focus solely on academics initially during his time there, but wants to participate in both track and jazz band, current after school activities of his. He is a member of the track team and is a standout musician. Santiago plays both the trumpet and the piano, and is an integral instrumentalist in Jazz Band, Wind Orchestra, Symphonic Band, and Marching Band. Santiago won the Class Instrumentalist senior superlative, along with Graebner.

“I’m not certain yet,” Santiago said on his future career, “but I want to have a career in the Air Force.” Santiago’s grandfather served in WWII, he explained. “He told me a ton of stories about it which got me interested in the military and then I found out I really liked chemistry and math so I checked out the Air Force and it looked awesome!”

Santiago is the second LHS student to receive such a significant ROTC scholarship for UCONN, joining senior Kyle Krupansky.

ROTC, which stands for the Reserve Officer Training Corps, provides scholarships for students who want to pursue a career in the military. ROTC exists for the Army, the Navy (where aspiring Marine Corps officers also participate), and the Air Force. According to the Army ROTC website, the program teaches “valuable leadership skills, military training, and discipline,” in addition to money for tuition and other expenses through scholarships. There is no ROTC for the Coast Guard, but the Coast Guard Split Training is available for college and vocational students between the ages of 17 and 31.
For students interested in a career in the military, ROTC programs exist in many colleges and universities nationally. This is a list of the schools participating in ROTC.

Senior Carina Wang is the Editor-in-Chief of The Colonel Newsmagazine and the Horizons yearbook. She’s constantly writing, whether it’s National Honor Society newsletters, marketing emails for PALESTRA, or rapid-fire texts. She’s in a very serious relationship with her Google Calendar app and has love affairs with her own blog, the entire Starbucks franchise, and Pinterest. Her top three aspirations in life are to be fluent in French, stop starting 7-8 books at once and finishing none of them, and to consistently write in her planner. She will be attending Boston University in the fall to double major in English and psychology, with a focus on pre-law.

One thought on “Senior Rayne Santiago on his $104,000 ROTC Scholarship”