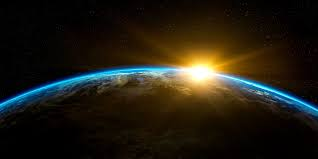 2020 has started off with a bang, literally. At the end of 2019, U.S. military bases in Iraq and, later on, the U.S. embassy in Baghdad, were attacked, resulting in the death of a U.S. citizen. The attacks on the embassy were done by pro-Iranian protesters, and collectively, these attacks contributed to the execution of a U.S. airstrike in Baghdad, which ended up killing one of the most powerful military commanders in Iran, Qasem Soleimani. With tensions between the two powerful countries high, many have dubbed the hypothetical impending war between them “World War III.” Having lived through multiple wars and conflicts, including the Vietnam War, the Cold War, the Cuban missile crisis, and the Gulf War, a vast majority of adults are justifiably concerned. Sending the U.S. to war again would cost millions upon millions of dollars, not to mention the tens or hundreds of thousands of lives that would be lost. While the adults of the United States are mentally preparing for the worst, the teenagers are coping with the possibility of growing up in a country that might be jumping into a nuclear war the only way they know how: memes and Tik Tok.

For a little background, Tik Tok is an app that has taken over the world in the past year. Quite similar to Vine, users of the app can share their own 15 to 60-second videos that can have all sorts of sounds playing in the background of the video, such as excerpts of popular songs or comedy sounds created by other users on the app. With over 1.5 billion downloads to date, the app has pretty much taken over the lives of teenagers around the world.

That being said, so far, in only 10 days of 2020, jokes have spread across the app. From clips imagining video games based on World War III in the year 2040 to videos showing teenagers “running into battle” and doing the popular “Renegade” dance when being asked to throw a grenade, resulting in the demise of the whole operation around them, the adolescents of Generation Z that surround and make up Tik Tok have created a joke out of something that millenials, Generation X, and the so-called Boomers have worried about for possibly decades. One video in particular by user @cutiecaryn has garnered over 4.3 million views and over 639.6 thousand likes, and shows her for the first half of the video, set before World War III, refusing to do everything for guys, set to the song “Ain’t Your Mama” by Jennifer Lopez. For the second half of the video, set during World War III, the song “Hey Mama” by David Guetta plays over the video of the same user lip-syncing, saying, “Yes I do the cooking / Yes I do the cleaning.” The video is a nod towards the fact that the draft has never included women, but if World War III happens, it might come back, and it probably will include women. Many videos like this one joke about the fact that female teenagers all over Tik Tok will jokingly give up the equality that women in the past had achieved in order to not have to be drafted.

While these videos are hilarious to teenagers in countries all over the world, they’re also a way to cope with what might happen. Growing up in a world surrounded by conflicts including the war in Afghanistan, the rise of terrorism around the globe, and particularly the climate crisis, teenagers of this generation have grown up dealing with fallout consequences from decisions made by adults recently or even decades ago, and have grown up being told, “You’re going to have to fix all this when you grow up, or the world’s not going to last very long.” Being placed with all this future responsibility is daunting, but for now, teenagers can make Tik Toks with #worldwar3 and #renegadegrenade to their heart’s desire, because they haven’t grown up just yet.

Sophomore Alex Martinez-Garcia is a staff writer for the 2019-2020 Colonel. She is the class vice president and a dual sport athlete who is on the swim team and plays lacrosse. Out of school, Alex swims for the Westerly Dolphins and spends lots of time playing piano and watching the Office.