There’s no doubt that women have faced endless amounts of challenges throughout history. While the fight for equality continues, the world is full of examples of so many brave women who overcame these challenges. In this article, we will recognize five women who overcame adversity and paved the way for women all across the world.

Often associated with her infamous unibrow, Frida Kahlo paved the way for breaking norms in what was expected of women in society. She saw no reason to change her more “masculine” features. In 1922, Kahlo was one of the few female students accepted into the National Preparatory School where she joined a political group of leftist individuals. She began painting during recovery after a bus accident in 1925. She is considered one of Mexico’s greatest artists and focused a lot of her paintings on the experiences and challenges women often face silently, such as heartbreak, pain, birth, and miscarriage.

Former Supreme Court Justice, Ruth Bader Ginsburg, also known as “The Notorious RBG”, fought against inequality and injustice throughout her entire career. Ginsburg was one of nine women in a class of 500 at Harvard Law School in 1956 where she graduated at the top of her class. In 1972, RBG became the first tenured woman at Columbia Law School and co-founded the first law journal that focused on women’s issues. She then went on to co-found the Women’s Rights Project at the American Civil Liberties Union (ACLU). Ruth Bader Ginsburg was appointed to the Supreme Court in 1993 and continued to fuel social progress. Ginsburg served on the Supreme Court from 1993 until this past September when she died due to cancer

Marsha P. Johnson was an extremely prominent figure in the 1969 Stonewall Uprising but as an African American transgender woman, was often overlooked as an LGBTQ rights activist. Despite this, Johnson continued her fight for the LGBTQ community and co-founded the Street Transgender Action Revolutionaries, which was committed to helping homeless transgender youth, but also provided services to all homeless LGBTQ people in New York City, Chicago, California, and England in the early 70s. In 1972, Johnson began performing around the world with the drag theater company, Hot Peaches. It was not until recently, almost 30 years after her death, that Johnson began receiving the attention and credit for her activism that she was denied during the times of Stonewall. Stories of her activism are now spreading all throughout social media, finally giving light to her incredible legacy. 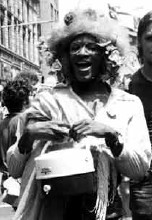 In 2014, at only 17 years old, Malala Yousafzai became the youngest person in the world to receive the Nobel Peace Prize after surviving being shot in the head by Taliban gunmen in 2012. Yousafzai began receiving death threats from the Taliban once becoming an advocate for women’s education. After the attack, Malala Yousafzai continued her fight for women and founded the Malala Fund with her father in 2014, which advocates for quality education for all girls. In 2016, she published her autobiography, “I Am Malala: The Girl Who Stood Up for Education and Was Shot by the Taliban.” She was then awarded the Sakharov Prize for Freedom of Thought by the European Parliament for her activism. The voice of a woman that the Taliban tried to silence, is now louder than ever. 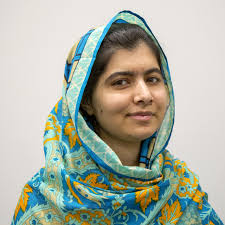 Mae Jemison became determined at a very young age to travel to space and she fulfilled that dream in 1992 when she became the first African American woman to go to space. After graduating from Cornell Medical School in 1981 with a Doctorate in Medicine, Jemison joined the Peace Corps in 1983 and served as a medical officer for two years in Africa. She was planning on opening a private practice as a doctor, however, once Sally Ride became the first American woman in space, she decided to apply to the astronaut program at NASA. In 1987, Mae Jemison was one of 15 people chosen out of over 2,000 applications. She was given her first mission in 1989 and on September 12, 1992, Jemison, along with six other astronauts, flew to space on the space shuttle Endeavor. Jemison left NASA in 1993, and she is now leading the 100 Year Starship project through the United States Defense Advanced Research Projects Agency. 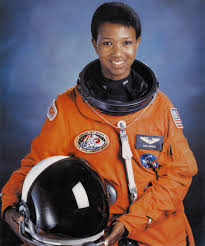 A woman’s place today is no longer just in the home, it is wherever she chooses it to be. And thanks to so many wonderful women who have worked to empower girls across the world, they have been shown that anything is possible.

Sophomore, Evelyn Mallory is a staff editor for the 2020-2021 Colonel. In her free time, she enjoys listening to current joys,  and painting.