I’m probably the world’s leading procrastinator when it comes to anything: homework, calling my mom, ordering new pimple cream, etc. So, I looked through my Netflix list for things that distract me from the responsibilities looming over my head.

A Relatable Romance: “To All The Boys I’ve Loved Before” (movie)

Unless you’ve been living under a rock for the past month, you’ve probably heard at least three teenage girls fangirl over Peter Kavinsky. Based on a beloved novel, “TATBILB” is making the world swoon. The film follows Lara Jean, a high school junior, who writes love letters to her crushes but never sends them. Unknown to her, the letters get sent, causing her cringey middle school words to be read by all the boys she loved before.

Honestly, you can never go wrong with a Marvel movie. This record-breaking movie tells the story of King T’Challa of Wakanda. He’s on a mission to bring Wakanda’s natural resource, vibranium, back to the land. Directed by Ryan Coogler, you can bet that this movie has plenty of humor and sibling banter to keep you through this two-hour film.

“Girlboss”, AKA my favorite show of all time, loosely follows the real accomplishments of Sophia Amoruso (former owner of the “Nasty Gal” clothing site). Sophia is a young entrepreneur living in the early 2000s. She creates an eBay page where she flips vintage clothing and eventually turns her dream into a real business.

If You’re Still Looking In Your Mom’s Closet For A Denim Jacket: “Heathers” (movie)

“Clueless” meets Bonnie and Clyde in this 80’s teen drama. In this film, Veronica, played by the iconic Winona Ryder, gets caught up in the most popular clique at her school. However, she disapproves of how her new friends bully the entire school without a second thought. So, Veronica and the school’s bad boy plan to murder the clique leader, Heather Chandler. This movie is also super relevant because it addresses mature topics like school shootings and eating disorders.

For A Little Drama: “How To Get Away With Murder” (show, four seasons)

Let’s be real, murder mysteries are THE BEST. Annalise Keating: Professor of Criminal Law 100, or as she likes to call it, “How To Get Away With Murder”. She is also a defense attorney who selects her most outstanding students to help her with cases. However, mysteries and secrets are revealed that cause the students to find themselves becoming criminals, not college students.

If You’re In Need Of A Good Laugh: “Get Smart” (movie)

Anything that Steve Carell stars in is pure gold and that’s just a fact of life. “Get Smart” isn’t your average James Bond spy movie. In “Get Smart,” newly recruited field agent Maxwell Smart is paired up with veteran agent, Agent 99. Together, they must complete their mission of taking down KAOS, a Russian crime syndicate. What makes this film so undoubtedly hilarious is the fact that Smart has no idea what he’s doing half the time. This movie is officially listed as Action/Adventure, but I can promise you that it’s much more of a comedy.

Sophomore Mackenzie Peluso is a staff writer for the 2018-2019 Colonel. She is a cheerleader and often volunteers for school events. Her goals in life are to learn Italian and watch every Marvel movie in order. You can often see her wearing checkered Vans or a striped sweater.

ATTENTION!!! If you’re interested in purchasing a yearbook, online yearbook sales are closing tomorrow!! The price for the yearbook this year is $65, so make sure to snag one before then by visiting ybpay.lifetouch.com!
Attention seniors! It’s time to begin collecting senior dues. Payments can be made during both lunch waves. Dues are $20, $30 if you didn’t hand in your $10 junior dues from last year. Please see Mrs. Hargus (403) or Mrs. Bumpus (413) with any questions.
The spring coffee house is happening March 21st! ☕️ Anyone wanting to perform can sign up in room 2️⃣1️⃣1️⃣.
Editor Nik Bailey and staff writers Ella Lindbeck and Liam Mullin bring you a post-game interview with some the girls’ basketball team after a win against Plainfield. Full video on colonelnews.com!
an inside look on a daily journalism class, if you have any questions we’re doing a Q&A on our insta story! 🥳
Check out this preview for the basketball season by editor Nik Bailey! Full video on colonelnews.com! 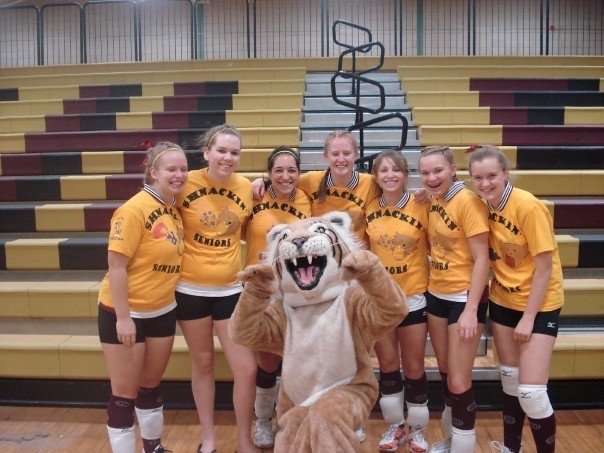