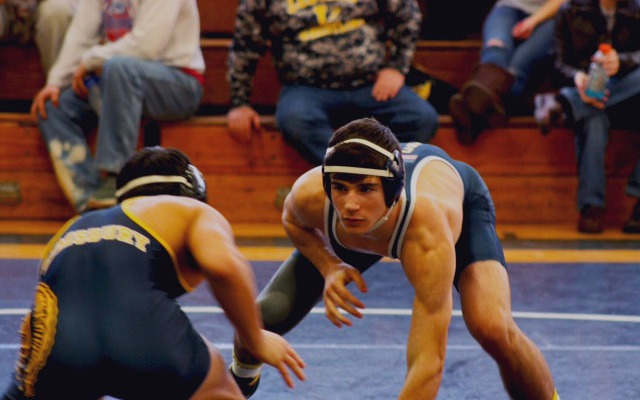 When did you get into wrestling and what influenced you to join?

I have been doing wrestling since 2nd grade, and I started to get into it because my dad was a wrestler in high school.

How have you developed after 10 years of wrestling?

Wrestling is a close-contact sport. It certainly has helped me develop my perseverance and hard work.

What is the most challenging aspect of wrestling?

It’s pushing through the wall that you hit as you enter third period, or overtime. You have to constantly tell yourself that you are not tired and that you can do it, you can keep going. These matches are always about endurance.

What is your most memorable moment?

I would say it had to be recovering from a pretty bad concussion during the postseason last year. Our team eventually made it to the ECCs and then won the Class M championship. It was a proud moment for me and the team.

How is the outlook on this season?

It is looking really bright. I look forward to winning the ECCs and Class Ms, both personally and as a team.

Who is a part of your team?

Derek Schultz, Daric Johnson, and Danny Contino are among the big guys in the team. All of our team [members] contribute, and we are in high spirits.

What are your future plans beyond high school?

Go to UConn and major in engineering. If possible, I will continue my wrestling there.

If you had one piece of advice for rookie players next year, what would it be?

Wrestling is a Ledyard tradition, especially with championship victories since 1972. Work hard, and let the tradition live on.

Senior Kenneth Tran is a staff writer for the 2014-2015 Colonel. He is co-leader of the Amnesty International club and participates in the National Ocean Science Bowl.