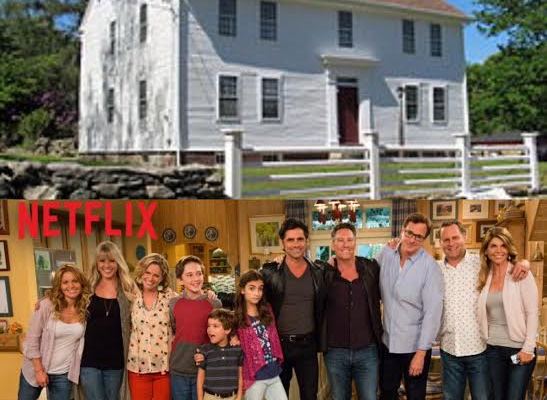 The Tanners are back – but closer than you might think. The Netflix original series, Fuller House, has been renewed for its second season following the hype of the show’s February release date. Creator Jeff Franklin promises more Kimmy Gibbler hilarity along the way, but in a statement released to TMZ last month, Franklin revealed a bombshell to millions of adoring Fuller House fans.

In a last-ditch effort to persuade movie mogul Reed Hastings of Netflix to buy his idea, Franklin entertained the thought of bringing Fuller House closer to fans via a contest.

“Fuller House has to go beyond a laptop screen,” Franklin told TMZ March 30. “We have to bring the experience to our viewers.”

Franklin introduced his new campaign, Fuller House Across America, a day after the interview aired. For each episode of Fuller House airing in 2017, there will be a different, historic landmark for the Tanner-Fuller family to live in. States were allowed to submit their unique picks for the family to call home on an online forum. Franklin admits not many states participated, but is hopeful the show can uncover some hidden American gems.

“Full House was America’s sitcom,” Franklin explains on a phone interview with Good Morning America. “I want Fuller House to be better than that. I want to bring America to a tablet.”

Connecticut’s Attorney General, George Jepsen, submitted Ledyard’s very own Nathan Lester House in the running to have an episode of Fuller House filmed there. While it’s still early in what Franklin is calling the “Fuller House Revolution,” Connecticut fans of the show have flocked to the historical site off of Vinegar Hill Road in crowds this past week.

Becky’s Lori Loughlin and D.J.’s Candace Cameron-Bure will be joined by Franklin to live-stream the “Fuller House Across America” historical landmark drawing on the show’s Twitter account, @fullerhouse on Apr. 4.

Senior Leah Sheltry is the Assistant Editor-in-Chief of the 2015-2016 Colonel. She is the secretary of Youth United for Global Action and Awareness (YUGA) Club and is on the swim team. She will attend Lasell College to study Fashion Communication & Promotion next fall.